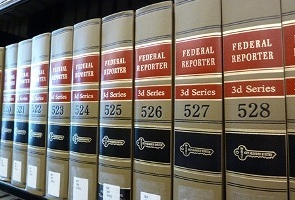 The Federal Sentencing Guidelines are based on the Sentencing Reform Act which was passed by Congress over twenty years ago. A sentencing commission was set up to research previous sentences and provide guidelines for Federal judges to use to ensure that similar defendants were sentenced similarly nationwide and that objective factors impacted their sentence. With little guidance on how to actually accomplish this, the sentencing commission basically studied the sentences from the previous decades and put together formulas which, if nothing else, made Federal judges nationwide use the same factors and guidelines when reviewing a case for sentencing. At first the Guidelines were mandatory, but now they are Advisory. However, most judges have been using them forever and the appellate courts encourage their use by giving them presumptions of “reasonableness,” which is the new sentencing standard.

This complex sentencing algebra system attempts to weigh the seriousness of particular crimes, "relevant conduct" and criminal history using points to mathematically produce a sentencing range within which the defendant should be sentenced. The punishment range is based upon several complex formulas and case law that take attorneys years to master. Further, the Guidelines overwhelmingly favor a person pleading guilty over a person who goes to trial, and a person who “cooperates” and assists the government prosecute others over one who doesn’t.

Finally, an appeal from the Judge’s calculation of your guidelines range and sentence in Federal cases are often limited by a written plea agreement. U.S. Attorneys want you to waive your right to appeal, and these waivers are enforced, often withholding departure points from you if you plead guilty without signing such a waiver. If you do waive your appeal, sentencing calculations harmful to you will not be reviewed by the appellate court. Therefore, it is sometimes better to plead “open” to the charge if you are not getting any particular “benefit” in a plea bargain such as a favorable Guidelines stipulation. These key decisions are where an experienced Federal specialist can really make the difference on your sentence. Your sentence will almost certainly not be lowered on appeal, just like a conviction is rarely overturned on appeal. Your best time to win is in District Court at the trial level.

Call Micah Belden at 903-744-4252 now for a free consultation to discuss your case further.